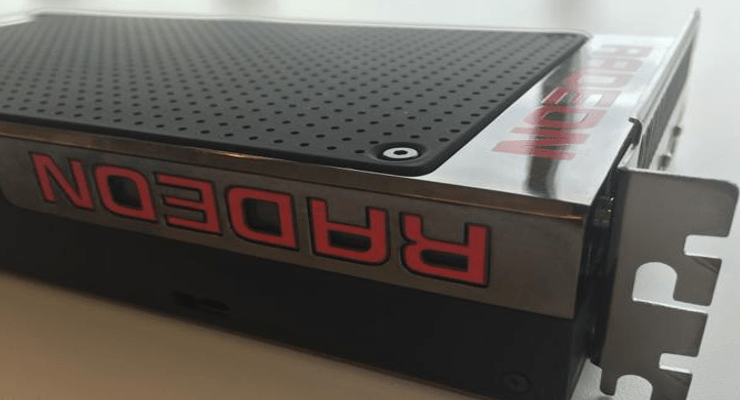 A clear picture of AMD R9 390X, Titan’s equivalent, was tweeted today by the technical director of Frostbite at DICE, Johann Andersson. Andersson commented that «this new island is one seriously impressive and sweet GPU».

This new island is one seriously impressive and sweet GPU. wow & thanks @AMDRadeon ! They will be put to good use 🙂 pic.twitter.com/S5hyD6vxNh

AMD is expected to launch this card by the end of the third week of June. But NVIDIA is preparing the GeForece GTX 980 Ti, which is scheduled to be launched in the first week of June. Coincidence? I don’t think so.